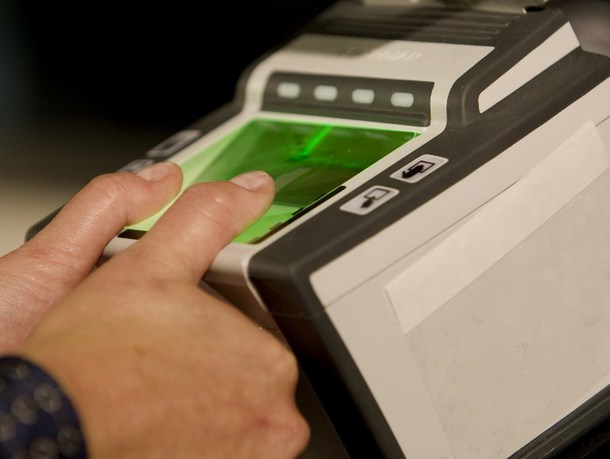 Thumbs are scanned into the new Department of Homeland Security (DHS) 10-fingerprint scanner for international arriving passengers 10 December 2007 at Dulles International Airport in Dulles, Virginia. “This is a more secure system that improves safety for everybody,” Secretary of Homeland Security Michael Chertoff told a news conference at the airport. Most foreigners aged between 14 and 79 who travel to the United States have been required since 2004 to provide the prints of two fingers and a digital photograph to US officials, either when they apply for a visa or arrive in the United States. The data are checked against a watch list of criminals, known or suspected terrorists, and people who have violated the tough immigration laws in the United States, a statement issued by the Department of Homeland Security (DHS) said. AFP PHOTO/Paul J. Richards